In the middle of the French Alps in Annecy the brand Salomon was founded in 1947. In the beginning, Salomon was known for selling wood saws and ski edges. Ten years later the first Salomon binding ‘le lift’ is created. This binding replaced the traditional leather binding. In the following years, Salomon continued to revolutionize ski bindings and became well known for it. Nowadays, Salomon is known for representing a wide variety of outdoor sports.

After successfully releasing the Salomon Alpine Boots in 1979, Salomon launched its first ski in 1990. Two years later, the brand entered a new market and started with the production and selling of hiking shoes. In the same year, the skis make their first appearance in the Olympic Games. In 1997 Salomon ventured into snowboarding, adventure racing, inline skating, and surfing. Through various collaborations with top sporters the brand managed to innovate their gear. By 2006 the brand repositioned itself and started to solely focus on mountain sports whilst making the products lighter, more efficient, and durable. 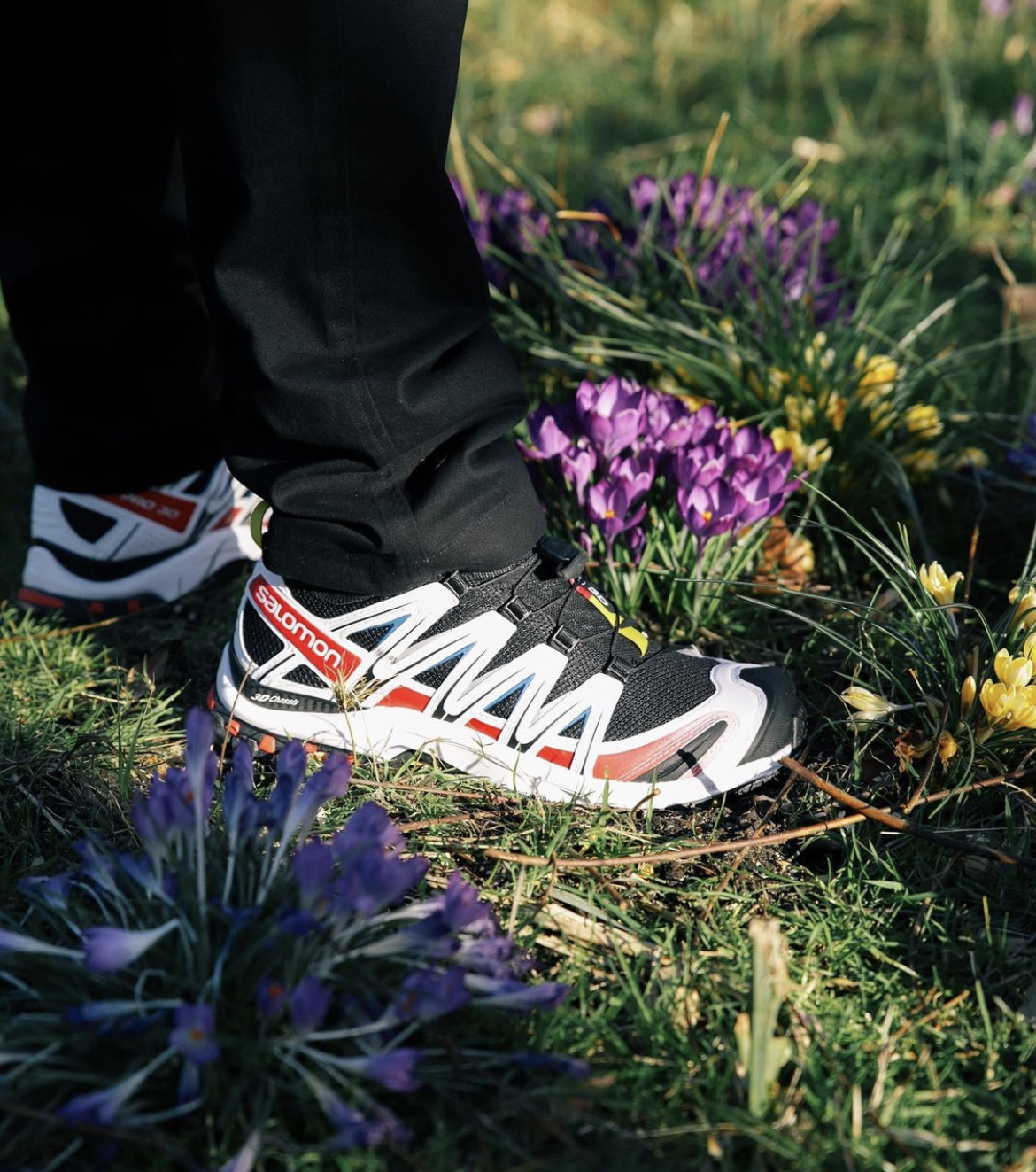 In comparison to other brands Salomon does not aim at producing the next best fashionable shoes. Instead, they focus on innovating their craft and making the shoes accessible for all. This accessibility is one of the main reasons why we added Salomon to our brand portfolio. Next to high quality these shoes also allow you to seamlessly go from work to play whilst still wearing the same sneakers. Making them a versatile option for everyday life.